There was a time when Alabama was too slow and too stuck in the old way of doing things to stop an offense as evolved as Oklahoma’s. The way it spreads the field and speeds the tempo would have been overwhelming. Its dual-threat quarterback, Heisman Trophy winner Kyler Murray, would have surely used his lightning-quick feet to run circles around the Crimson Tide.

But progress occurs on both sides of the ball. And as much as Murray represents the future of the sport, so does the man who will be chasing him around Miami in five days: Alabama defensive lineman Quinnen Williams.

No one knew the redshirt sophomore’s name a year ago when he was a seldom-used backup with 151 snaps in his ledger. Williams came to Alabama as a 250ish-pound defensive end, but he added weight just enough to play inside. He wasn’t necessarily comfortable with the position change, and coach Nick Saban recognized that he wasn’t the kind of nose guard who anchored their defense in the past. But Saban also recognized what he called the “new age of football” that they were in and banked on Willliams’ athleticism and strength to overcome other shortcomings.

He was right. Williams had 3.5 tackles for loss in the season opener against Louisville and quickly asserted himself as the most disruptive defensive player in college football. He’s currently second in the SEC in tackles for loss (18) and tied for fifth in sacks (eight). Pro Football Focus has him as the highest-graded player in the game, regardless of position.

And the NFL has taken notice.

“The game is changing,” an NFL scout said. “The style of player you need, that two-gapping big, run-stuffing defensive tackle, is getting diminished. It really is. You have to have guys who can rush the passer in today’s NFL.”

The scout, who spoke on the condition of anonymity, wished Williams was just a little bigger to fit the prototype. But then again, he pointed to the high-scoring Chiefs-Rams game that he had watched the night before and the other MVP candidate on the field: defensive tackle Aaron Donald. He too was once thought of as undersized. At the NFL combine, he checked in at 285 pounds, and now he’s considered by some to be the NFL’s most dominant defender.

How does the scout size up Williams?

He continued: “He understands leverage and uses it against you. He has exceptional hands. Outstanding football awareness. You just turn on the tape and he’s always around the ball making a play: There he is again!”

Back when Alabama struggled with the Johnny Manziels and Deshaun Watsons of the world, it needed a playmaker as explosive and dynamic as Williams.

As it turns out, he arrived just in time.

Williams is no one-year wonder. He represents the evolution of the sport and perhaps the best chance the Crimson Tide have to stop Murray and the Sooners’ turbo-charged offense on Dec. 29 in the College Football Playoff semifinal at the Capital One Orange Bowl.

Playing at Alabama is as much a test mentally as it is physically. Everyone enters the program from high school and is considered to be the best player in their community or their state or the entire country. They’ve never known what it is not to succeed, let alone not play. So when they’re buried under a depth chart of fellow four- and five-star prospects, it’s difficult to stay the course.

But there was something different about the way Williams handled the transition. It might have been how quickly he went under the wing of fellow defensive lineman and Birmingham native Da’Ron Payne, who was a year ahead of him at Alabama. The two knew each other in high school and worked out together. Payne, who was selected by the Washington Redskins in the first round of last year’s draft, was a mentor.

“Da’Ron definitely played a valuable role in Quinnen’s success,” said Kevin Brown, a Birmingham-based trainer who works with them both. “He’s a big brother to him.” 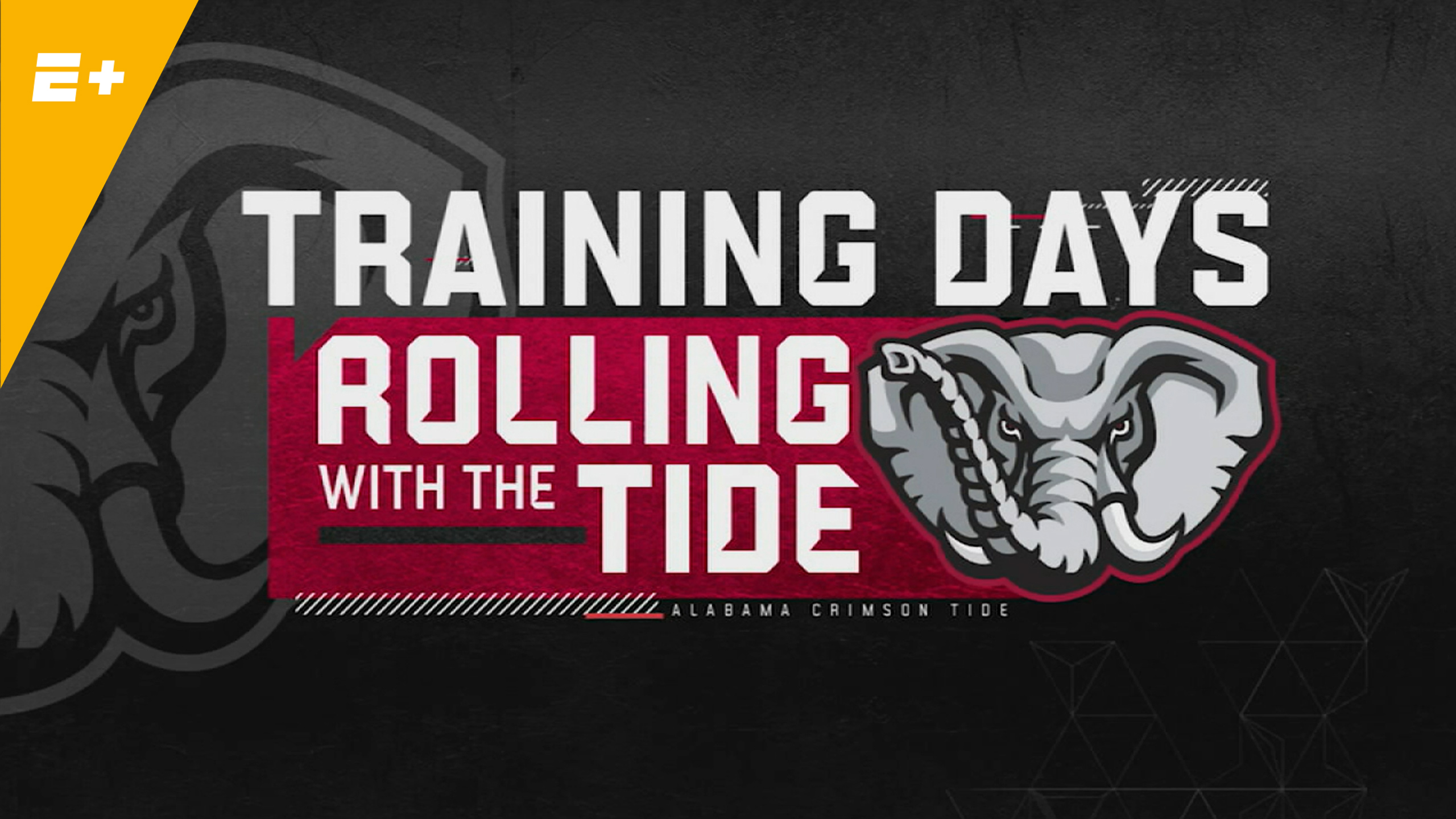 Go inside practices and closed-door meetings with coaches and players as they prepare to defend their CFP national championship. Watch on ESPN+

Those closest to Williams point to his upbringing as another reason he was able to endure the wait, redshirting his first year on campus and playing rarely last season. His mother died before he started high school, and it forced him to grow up quickly. Oregon coach Marion Cristobal, who recruited Williams when he was an assistant at Alabama, saw it firsthand.

“He plays for her,” Cristobal said. “He’s just a determined individual.”

But there’s a much more practical level to consider: Williams was a star at Alabama before anyone knew it.

Brown remembers Payne telling him during Williams’ redshirt year just how well he was doing. Without the slightest hint of exaggeration, Brown said Payne told him Williams was the best pass-rusher on the team.

“No one can block him,” Payne said, according to Brown. “We just had to redshirt him. We’re so deep, we don’t need him.”

Cristobal backs up the story. Logically, it makes sense, too. Future pros Da’Shawn Hand, Dalvin Tomlinson, Jonathan Allen and Payne were already entrenched. Burning Williams’ redshirt to play a snap here or there wouldn’t have made sense.

But that didn’t stop coaches from taking notice of him. Cristobal said he was was struck by Williams’ football intelligence and the way he studied the game.

“He was one of those guys who doesn’t put any tape on his wrists, no elbow sleeves; he just goes out there and knocks people around,” he said. “It’s like, it ain’t going to be long before he becomes one of the best players here.”

Cristobal was incredulous. Some guys pout and moan about getting stuck on special teams, he said. Not Williams, who seemed to understand the value of facing the first-team offensive line every day in practice.

“You remember the offensive line I had?” he said. “It’s Cam Robinson. It’s Ryan Kelly. You’re looking at monsters. Dominick Jackson. They put a beating on you. And this guy was constantly making plays. We had to blow the whistle: Do it again! Start over! The offensive line would hate him. I mean, absolutely hate him and try to go after him.

“But he was unfazed. He wouldn’t flinch. The guy operates in neutral. He can’t be flustered. He can’t be shaken.”

Today, Saban holds Williams up as a shining example of the developmental side of the game. His ability to maintain a good attitude through what’s been a long process is something the 67-year-old coach says he’s proud of.

“Quinnen played well for us last year,” he said. “Didn’t get to play all the time, but he’s got great initial quickness. He’s a very smart player. He’s always well-prepared. Really practices well everyday. For his size, he’s got really good power to go with his initial quickness. He’s a good pass-rusher. So he has probably improved more and played with the most consistency of anybody that we have on defense.”

When Williams stepped out of the shadows and lit up the college football world, Alabama offensive tackle Jonah Williams was relieved. Not because of how much his emergence helped the defense. Not because he was surprised at how well he played, because he wasn’t.

If anything, it was validating in an oddly personal way for Jonah Williams because it wasn’t him on the other end for a change.

“I think we’re honestly a little relieved as an O-line that we’re like, “OK, no one else can block him either,'” he said.

Don’t let Williams’ big smile or goofball nature fool you. Teammates say he’s funny and full of energy, but he’s also a hellacious defender who will get after the quarterback at a moment’s notice.

“Quinnen. Is. A. Dog,” said linebacker Dylan Moses, drawing out his words for added emphasis. “Quinnen is a beast.”

Safety Deionte Thompson, who like Williams had to wait his turn to become a starter, called the nose guard a source of havoc. He smiled and said, “Thank God for him.”

To go from A’Shawn Robinson to Da’Ron Payne to Williams holding down the center of the defensive line is almost unfair.

“We just keep producing ’em,” Thompson said. “People keep on coming from all over the place and we’re happy to have ’em.”

Williams, for his part, can’t say that he expected to have this kind of coming out party. A year ago, he didn’t know whether he was an end or a nose guard. He was stuck — or rather he’d placed himself — in Payne’s shadow. But looking back, he called the experience “amazing.”

He learned what it was to play the position from Payne — how to handle double-teams and come off the edge, for instance. Since he was 25 pounds lighter and quicker, he figured out how put his own spin on everything. The way he knifes through the offensive line and throws away blockers like half-empty garbage bags is a sight to see.

From afar, Williams saw that Alabama’s defense flowed from that spot on the middle of the line. He was hesitant about the move inside, and he understood the expectation that came with playing there, the history attached to it.

“I expect everybody to dominate their box, just like they expect me to dominate my box,” he said. “But it’s also starting off with me, though, because I’m the nose. I feel like Da’Ron Payne and all the noses that came through here really ran the defense. A’Shawn Robinson, Da’Ron Payne, Dalvin Tomlinson, just everybody was a great leader of the defense, and I feel like that’s my role, like I have to be that Da’Ron Payne, that A’Shawn Robinson and dominate up front.”

Williams has certainly lived up to the standard and then some. He admits that the attention is cool, but he said he doesn’t see himself as a star, despite the newfound draft talk and trophies.

Maybe it’s because all of this is so new. Maybe it’s a function of his upbringing and the way he had to remain patient. But whatever it is, he’s suddenly the face of the Alabama defense and perhaps the next great defensive lineman to enter the NFL.

He may have been on the small side three years ago, but he’s perfect for the game the way it is now.

When he heard that Alabama would face Oklahoma in the playoff, he said his first thought was about catching the uber-fast Heisman Trophy winner Kyler Murray.

It’s a tall task. But with Williams on defense, the Crimson Tide might actually have a chance of doing what no one has done and bring him down.