With Clemson dominating Alabama in the National Championship Game to win the title this college football season, it’s time for an early, early look at the preseason Top 25 for the 2019 season.

This is a very, very early look at next season, but here’s how we think the rankings could look:

Why not have some fun in an early poll? Sure, the Huskers went only 4-8 last season. But a lot of those losses were close and Nebraska showed marked improvement late in the season. Successful coaches often make huge strides in their second seasons (Urban Meyer went undefeated at Utah in 2004 and then won a title in 2006 at Florida, for starters), so Scott Frost could be the next. 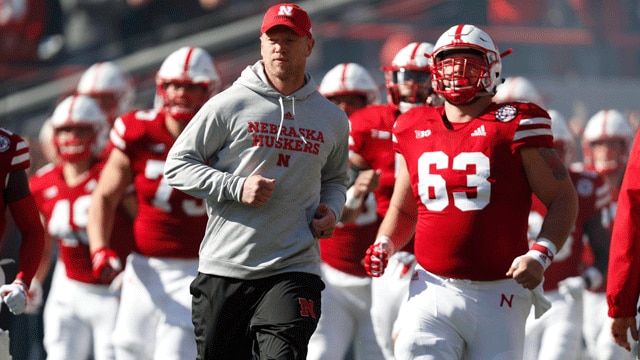 Scott Frost is looking for a strong second season after going 4-8 in 2018.

There’s no reason to overlook Pat Fitzgerald. The Wildcats surprisingly won the Big Ten West and then rallied to beat Utah in the Holiday Bowl. The Wildcats won’t have Clayton Thorson anymore, but Clemson transfer Hunter Johnson could take over at quarterback. Linebacker Paddy Fisher will be back after making 116 tackles last season.

Drew Lock won’t be back, but Clemson transfer Kelly Bryant won’t have to do it all alone at quarterback. Larry Rountree III rushed for 1,216 yards this past season and will be back. Mizzou will miss Terez Hall (five sacks) and Terry Beckner (11 tackles for loss) on defense, however.

MORE: Programs with the most national championships

Iowa brings back QB Nate Stanley (2,852 yards, 26 TDs) and should have a strong 1-2-3 at running back with Mekhi Sargent, Toren Young and Ivory Kelly-Martin. T.J. Hockenson, the John Mackey Award winner as the top tight end in the country, might not be back. Fellow TE Noah Fant is gone. But A.J. Epenesa (16.5 tackles for loss, 10.5 sacks) could get All-America honors.

The signs of a disappointing season started early with the loss to Old Dominion. But the Hokies returned to a bowl game (losing to Cincinnati in the Military Bowl). QB Ryan Willis helped Virginia Tech rally late in the regular season to make a bowl game, but he will get pushed by Josh Jackson.

Even with one-time Heisman contender Bryce Love struggling (only 739 yards in 2018), the Cardinal won nine games. Their 2019 success will depend on if QB K.J. Costello continues to grow after throwing for 3,435 yards and 29 touchdowns. The schedule doesn’t start easy: Northwestern, at Southern California, at UCF and Oregon.

The Utes fell a touchdown short of reaching the Rose Bowl. They’ll get RB Zack Moss, DL Bradlee Anae, DL Leki Fotu and CB Julian Blackmon back, as they turned down the NFL. QB Tyler Huntley will be back after breaking his collarbone in a loss to Arizona State.

This is all about trusting Mike Leach. QB Gardner Minshew is gone, but this is still an 11-win team off a good win against Iowa State in the Alamo Bowl. The new quarterback will get to throw to Dezmon Patmon and Davontavean Martin. The Wazzu defense is now underrated, too. 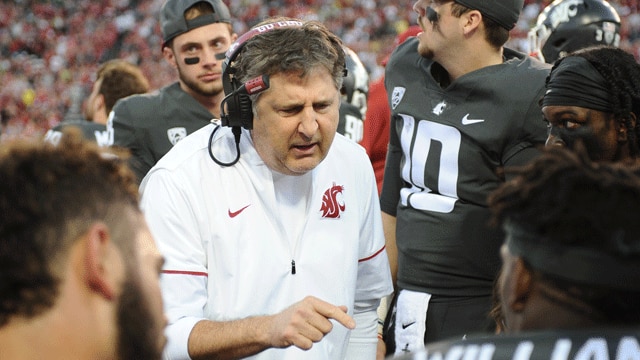 QB Jake Browning is gone. RB Myles Gaskin is gone. However, the Huskies are the defending Pac-12 champions and will again be one of the conference favorites in 2019. Georgia transfer Jacob Eason could take over. He’ll have a strong group of targets to work with. The concern relies more on the defense, though Washington has consistently been among the league’s there.

If QB McKenzie Milton recovers from his gruesome injury, the Knights will be a clear favorite to make another New Year’s Six Game from the Group of 5. If he’s not ready, Darriel Mack Jr. has flashed serious potential at times, but he’ll have to be more consistent.

The Badgers were supposed to be in the CFP chase but instead fell to 8-5, even with RB Jonathan Taylor winning the Doak Walker Award. Jon Dietzen will keep Wisconsin’s offensive line a force, even with departures. But it’s all about the quarterback. Alex Hornibrook struggled (13 TDs, 11 interceptions, 59.5 completion percentage), though Jack Coan led the team in the Pinstripe Bowl win against Miami.

The Nittany Lions fell short of a third consecutive double-digit win season — and now have to deal with key players going to the NFL or graduating. OL Connor McGovern, DE Shareef Miller and RB Miles Sanders are all going pro, while longtime starting QB Trace McSorley has exhausted his eligibility. Still, RB Ricky Slade has a ton of potential and Micah Parsons will be expected to take a leap to the next level. At quarterback, it’ll be either Tommy Stevens or Sean Clifford.

Dan Mullen couldn’t have realistically expected a better first season as the Gators head coach. Florida won 10 games and routed Michigan in the Peach Bowl. After struggling on offense in prior years, Florida took off this season thanks to better play by QB Feleipe Franks. But there will be turnover on the offensive line. CB C.J. Henderson will lead a talented secondary.

MORE: Every undefeated national champion since 1936

QB Justin Herbert was getting plenty of attention as a possible first-round NFL draft pick this year, but he’ll instead be coming back for another season. His passing game is strong. He threw for more than 3,100 yards as the Ducks finished 9-4. The ground game is in good shape with CJ Verdell and Travis Dye, but Herbert will have to lead a growing receivers group. Five-star defensive lineman Kayvon Thibodeaux could be a monster right away for the Pac-12 favorites.

The Aggies were fortunate to beat LSU in the regular-season finale, but they left no doubt in the bowl game. A&M crushed NC State 52-13 in the Gator Bowl and now have a ton of confidence going into Jimbo Fisher’s second season. Kellen Mond passed for 430 yards in the close loss to Clemson. He’ll be a sleeper Heisman candidate in 2019.

The Irish play at Georgia on Sept. 21, so we’ll know before the first month just how serious of a contender Notre Dame will be. Ian Book struggled at times, as did the entire team against Clemson. But after another blowout loss on a national stage, there will be doubters.

Tigers fans will be feeling good after beating UCF in the Fiesta Bowl. QB Joe Burrow might have to do a little more as LSU still needs to develop the passing attack. LB Devin White might be leaving for the NFL, but even if that’s the case, safety Grant Delpit will be one of the best at his position.

Sure, there are concerns the Wolverines can’t take the next step (beating Ohio State). But Jim Harbaugh has won 10 games in three of his four seasons. QB Shea Patterson returns with talented receivers Donovan Peoples-Jones and Nico Collins. Defensive coordinator Don Brown will work wonders again, though Devin Bush, Chase Winovich and Rashan Gary are gone.

The Longhorns will have a lot of preseason hype after winning 10 games and shocking Georgia in the Sugar Bowl. Sam Ehlinger is back and a clear Heisman contender after passing for 3,292 yards and rushing for 482 yards while totaling 41 touchdowns.

Oklahoma might get Heisman winner Kyler Murray back another season. If he does return, this is a little too low for OU. Even if he’s gone, Lincoln Riley is a quarterback whisperer and will figure it out, no matter the personnel losses. CeeDee Lamb, after a 1,100-plus yard season, is the perfect receiving target. At QB, it’ll be a race between Spencer Rattler, Tanner Mordecai and Austin Kendall.

Jake Fromm has proven he’s one of the best quarterbacks in the country and could take on even more of the offensive responsibility. But Georgia is Georgia, so the Bulldogs would love to run teams into the ground. Elijah Holyfield won’t be back, but D’Andre Swift will have a huge season.

It might be easier to list who won’t be back for the Buckeyes. Coach Urban Meyer stepped down and Ryan Day takes over, QB Dwayne Haskins is gone to the NFL, plus RB Mike Weber and WR Parris Campbell are also gone. But J.K. Dobbins is a star at running back. Defensive stars Dre’Mont Jones and Nick Bosa are also gone, but Ohio State is Ohio State. DE Chase Young (10.5 sacks) will be dominant.

The Crimson Tide will get the benefit of the doubt as long as Nick Saban is coaching. With Tua Tagovailoa back and the clear favorite to win the Heisman after coming so close this past season, Alabama will be in the college football playoff title mix. Again.

Trevor Lawrence was a freshman wonder this last season. The hype will only grow in the coming months as the Tigers are expected to go on another College Football Playoff run. And then there’s RB Travis Etienne, who rushed for more than 1,600 yards as a sophomore. There will be key players playing in the NFL next season, but DC Brent Venables always has the answers.