Problem for LSU is Tiger Stadium is Bryant-Denny West 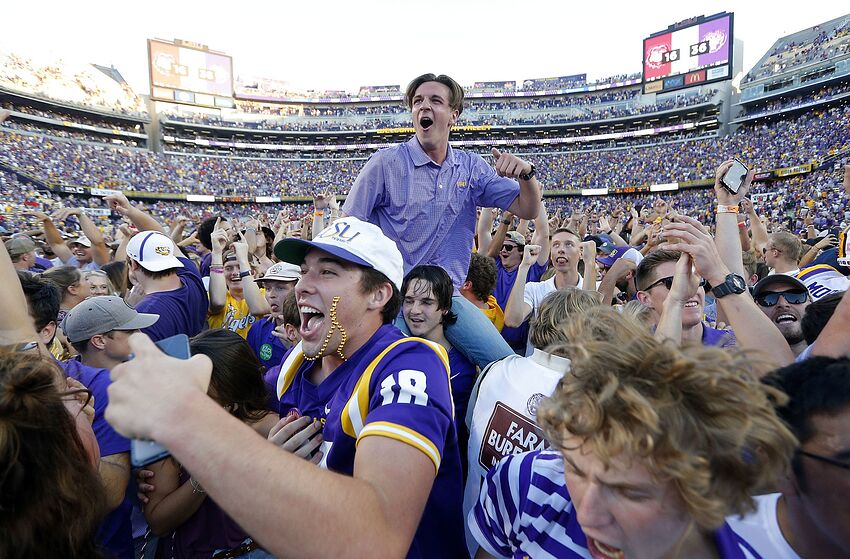 Alabama Football: Free Devin White and the rest of us from the nonsense by Ronald Evans

The LSU gripes about Alabama football go way back, long before losing Devin White for a half of football in Tiger Stadium.

Alabama football and LSU are rivals but not in the form of hatred from the cradle to grave. The rancor having surfaced after the Devin White suspension has only been a thing since 2007. Older Crimson Tide fans remember Paul Bryant and LSU head coach, Charlie McClendon were longtime and truly good friends.

What now rages as a seething rivalry goes back to just 2007. It was triggered by a twice-spurned LSU fanbase. First, Nick Saban left LSU to coach in the NFL. The Bengals Tigers were mightily disappointed since Saban was only one season past having won LSU a national championship in 2003. The LSU anti-Saban hate was heavily magnified in 2007 when Nick returned to college football at Alabama.

LSU has bigger problems than losing Devin White for a half or being spurned by Nick Saban. The Bengal Tigers struggle to win against Alabama football in Tiger Stadium. The first Alabama vs. LSU game held in then a very young Tiger Stadium was in 1925. Wallace Wade’s team thumped LSU 42-0.

Alabama football has won 25 games in Baton Rouge going back to that game in 1925. As a point of reference, LSU has only won 24 games against the Crimson Tide EVER, going back to 1902. Check out some other stats that cause LSU fans pain.

In fairness to this discussion, I confess a fondness for LSU going back to the Chinese Bandits. Leaving that story for another day, I wish the Bengal Tigers would not whine so much now. They have a wonderful tradition, arguably unlike any other in CFB. A football game in Tiger Stadium is truly special. Unquestionably, SEC football is better when LSU has a top team. Why can’t the nonsense claims about Alabama and SEC collusion be dropped and let’s all enjoy the rivalry?

Next: Free Devin White and the Rest of Us

Alabama football is close to a two-touchdown favorite to beat LSU for the eighth straight time. Given what has transpired this week, I don’t know if the LSU faithful can cope with such a result.