Will Alabama take home another Championship?

Post Views: 156
LambeauLeap80/CC-BY-SA-4.0
Dabo Swinney is looking to carry Clemson to another Championship.


The regular season is done, the Conference Championships have been decided and we’re one Army vs. Navy game away from officially entering the postseason of the college football season. Bowl Selection Sunday has concluded, and now 70 teams will prepare for their upcoming games.

In this year’s edition of the selection of the top four teams in the country, the playoff committee seemed to have a much easier decision to make. Alabama, who has made the playoff every year since it was established in 2014, was the clear-cut number one team in the nation this year. 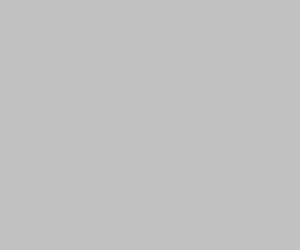 It’s clear to see how Alabama was so dominant this season when you take a look at some of the stats.

Sophomore quarterback Tua Tagovailoa was electric this year throwing for 3353 yards and 37 touchdowns to just four interceptions on his way to proving himself to be a Heisman Trophy finalist. He had plenty of options around him as well.

Three running backs shared the bulk of the workload this year for the defending National Champions: Senior Damien Harris led the team with 771 yards on 126 carries and seven touchdowns; sophomore Najee Harris contributed 679 yards on 102 carries with four touchdowns; and junior Josh Jacobs put up 495 yards on 94 carries to go along with his 11 touchdowns. You can’t overlook the receiving corps either, as five Bama receivers reeled in 30 or more receptions along with having 500 or more yards.

The high-powered offense of Alabama will travel to Miami as they will go up against another high-powered offense in Oklahoma in the Orange Bowl. The Sooners are also led by prolific passer Kyler Murray, who led his team to a 12-1 season and a Big 12 Championship to make their second straight College Football Playoff.

The Sooners will come into the game averaging more than 50 points a game behind the explosive play of Murray. Murray is a Heisman finalist and for good reason. He’s only put up 4945 yards of total offense (4053 passing, 892 rushing) along with 51 touchdowns (40 passing, 11 rushing).

He’s not the only weapon on offense, though, as the duo of running backs in freshman Kennedy Brooks and sophomore Trey Sermon have combined for nearly 2,000 yards on the ground, and junior wide receiver Marquise Brown and sophomore CeeDee Lamb have 1318 and 1049 yards receiving.

While the offenses will certainly be one of the biggest talking points, a huge disparity between the two arises when you look at the defenses. Alabama comes in with the sixth-ranked total defense, 19th-ranked rushing defense and the 13th-ranked in passing yards allowed.

Comparatively, Oklahoma is 108 in total defense, 128 in passing yards allowed and 53 in rushing defense.

Because of this, I don’t see Oklahoma being able to take down the Crimson Tide. While I’m not completely counting out the Sooners, mainly because I expect Kyler Murray to give them the opportunity to put up some points; I think that Alabama’s defense, and Oklahoma’s lack thereof, will be the difference maker in a game where offenses will likely be even.

On the other side of the bracket are Notre Dame and Clemson, who will be heading to Arlington, Texas to face off in the Cotton Bowl.

Both teams come into the playoff after undefeated seasons, with Clemson capturing the ACC Championship to cap off a 13-0 campaign and the unaffiliated Notre Dame coming in with a spotless 12-0 resume.

Clemson comes in with freshman quarterback Trevor Lawrence under center. The former No. 1 recruit in the nation last year, along with 247sports rating him as the No. 6 recruit since 2000, won the starting job from senior Kelly Bryant in September and has helped to guide the Tigers to the playoff for the fourth consecutive year.

While he doesn’t have the stats that Tagovailoa and Murray have, he’s put up 2606 yards and 24 touchdowns to just 4 interceptions. He hasn’t needed to with the man next to him in the backfield, as sophomore Travis Etienne has 1463 rushing yards on the year to go with 21 touchdowns.

With Clemson, the main talking point behind Trevor Lawrence’s beautiful hair is in the defense. They rank No. 4 in total defense, 18 in passing yards allowed and third in rushing defense.

Giving up less than 14 points a game behind a defensive front that includes four potential first-round NFL Draft picks and accounted for 23 sacks on the year, the Tigers will certainly test the Irish offense, who also made a quarterback change during the season, benching senior Brandon Wimbush in favor of junior Ian Book.

The Irish offense is statistically similar to the Tigers in that both are fairly well-balanced. Book, like Lawrence, doesn’t have stats that jump off the stat sheet but has performed well when called upon, with 2468 yards passing with 19 TDs and only 6 picks, and has been able to rely on the complement of senior running back Dexter Williams, who has accumulated 941 yards on just 141 carries for 12 touchdowns.

Notre Dame has been stout against the pass, allowing less than 200 yards per game, which may work well to contain the Clemson freshman, but they’ve also done well against the run, ranking 33rd in the country in rushing defense, which may help to contain Etienne. However, the biggest difference may come in the name of experience.

This is Notre Dame’s first appearance in the playoff since its inception, and they’ve struggled with consistency in head coach Brian Kelly’s tenure in South Bend, Ind., including falling 42-14 in their appearance in the 2012 BCS National Championship game against Alabama.

Expect plenty of punts in what will likely be a defensive battle as the experienced Tigers outlast the Irish and move on to the Championship game.

No matter your fandom, take some time to enjoy one of the most exciting times in college football during winter break.

The two semifinals will be on Saturday, Dec. 29. The Clemson-Notre Dame game will be featured first, at 4 p.m. Following that will be the Alabama-Oklahoma game at 8 p.m. The two winners will then face off at 8 p.m. on Monday, Jan. 7 in Levi’s Stadium.